Tehran, Karafarinane Eghtesad – Secretary General of the Palestinian Popular Struggle Front Khalid Abd al-Majid praised the late founder of Iran’s Islamic Republic, Imam Khomeini, for his efforts to turn the Palestinian issue into the axis of unity in the Islamic world. 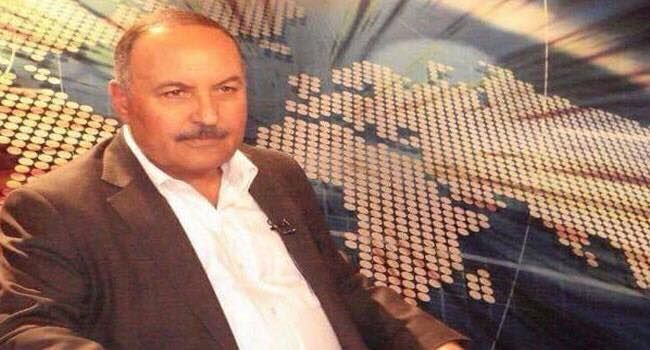 Al-Majid explained that those efforts included the handover of the Israeli embassy in Tehran to Palestinians and the designation of the last Friday of the holy month of Ramadan as International Quds Day, after the victory of the 1979 Islamic Revolution in Iran.

“Putting such emphasis on the Palestinian issue, since the beginning of the Islamic Revolution victory, has been the main reason behind the empowering of Palestine, and that happened while some Arab countries were normalizing relations with occupiers,” he told Karafarinane Eghtesad on Saturday.

“Imam Khomeini introduced Palestine as a non-negotiable issue and made a fatwa (Islamic decree) on supporting Palestine as well as uprooting the Zionist regime,” al-Majid further said in his interview conducted on the anniversary of the passing away of Imam Khomeini.

The Palestinian official noted that many Islamic countries and freedom-seeking nations responded to calls by Imam Khomeini over Palestine, but certain Arab states, which had and have relations with the United States and Israel, unfortunately refused to follow suit.

He added that Islamic countries realized that the Zionist regime is the enemy of both Palestinians and the whole Islamic world, and unity is needed to fight the regime and American plans.

Al-Majid praised Iran’s Islamic Revolution for uniting the Muslim world and said that the country has continued the same path over the years after the demise of Imam Khomeini.

Despite all those efforts by the Islamic Republic to forge unity, he added, certain Arab and Islamic countries have been hostile to the Islamic Revolution in light of their ties with the US and the Zionist regime.

“Rulers of certain Islamic countries have still this illusion that they would have the support of the US and Israel after normalizing relations with the enemy of Islam,” the Palestinian politician said.

That’s while, he added, nations have been awakened and their rise to topple these rulers has already begun through the current developments in the Islamic world and victories of resistance groups.

Al-Majid said that Supreme Leader of the Islamic Revolution Ayatollah Seyyed Ali Khamenei has continued with the Islamic revolution’s values after the demise of Imam Khomeini, and added that Iran is currently on the path of progress in all domestic and international fields.

The Palestinian official also praised Iran for keeping its fight against American plans in West Asia through following up the thoughts and views of Imam Khomeini.

Such a role played by Iran is a firm support for the Islamic Ummah and the oppressed people of the world, and is becoming significant day by day, he added.

Al-Majid also praised Iran’s Islamic Revolution for helping form resistance groups in different countries, saying that Iran’s support has created a kind of deterrence for the Palestinian resistance against Israel and has made the regime desperate.

He stressed that Palestine will remain loyal to its brotherly relation with Iran and is grateful for all the sacrifices Iran is making in defending the Palestinian people and their struggle.