Iran, Venezuela discuss ways to develop ties in IT 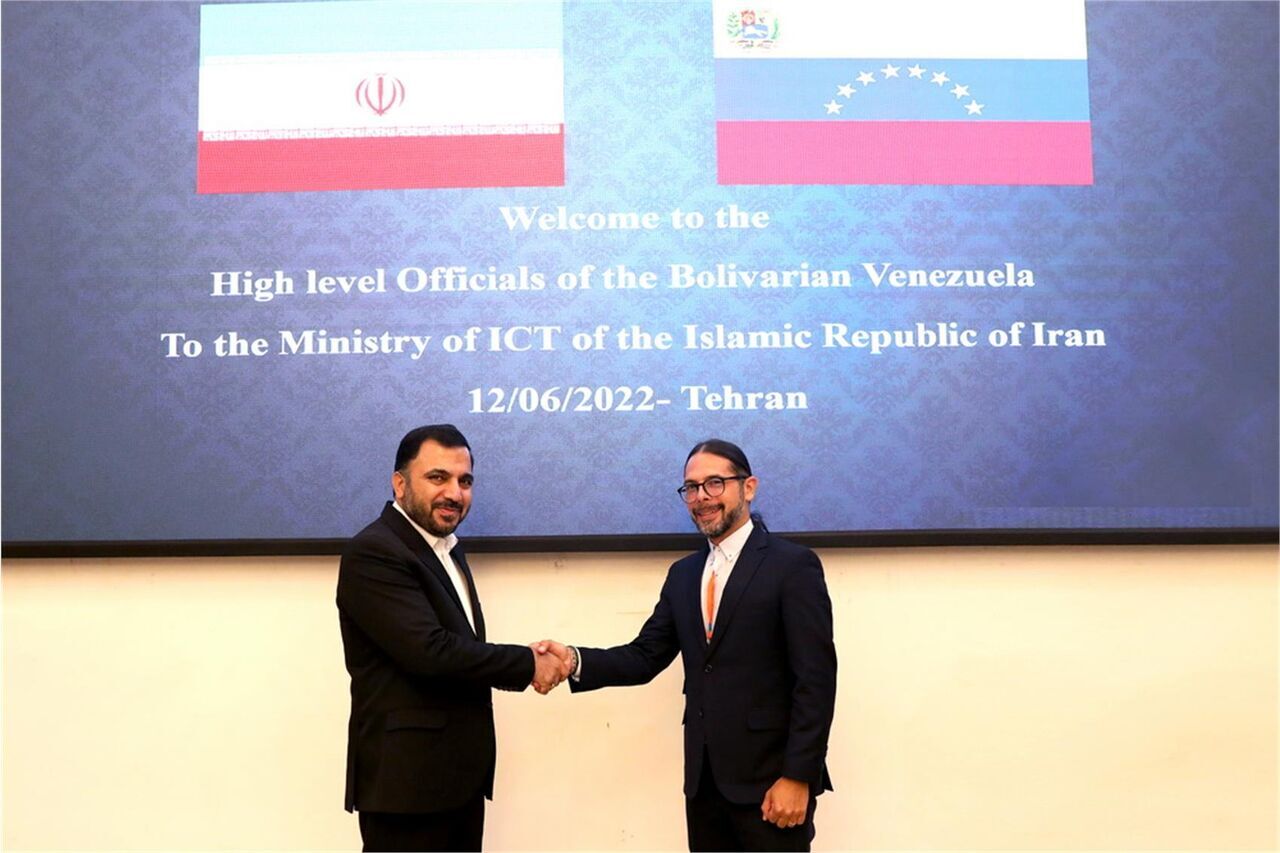 The talks were held between Iran’s Minister of Communications and Information Technology Issa Zare’pour and his visiting Venezuelan counterpart Freddy Alfred Nazareth and other officials of both countries on Sunday evening.

The two stressed the importance of reaching an agreement on strengthening relations in all areas, IT field in particular.

As Zare’pour noted, Iran is after boosting ties with Venezuela.

For his part, the Venezuelan minister said his country attaches great importance to its cooperation with Iran.

He wondered how the Islamic Republic could achieve good successes while it has been under the toughest pressures during the past four decades.

Further, he expressed willingness to gain Iran’s experiences in technology.

Maduro and his delegation arrived in Tehran on June 10.