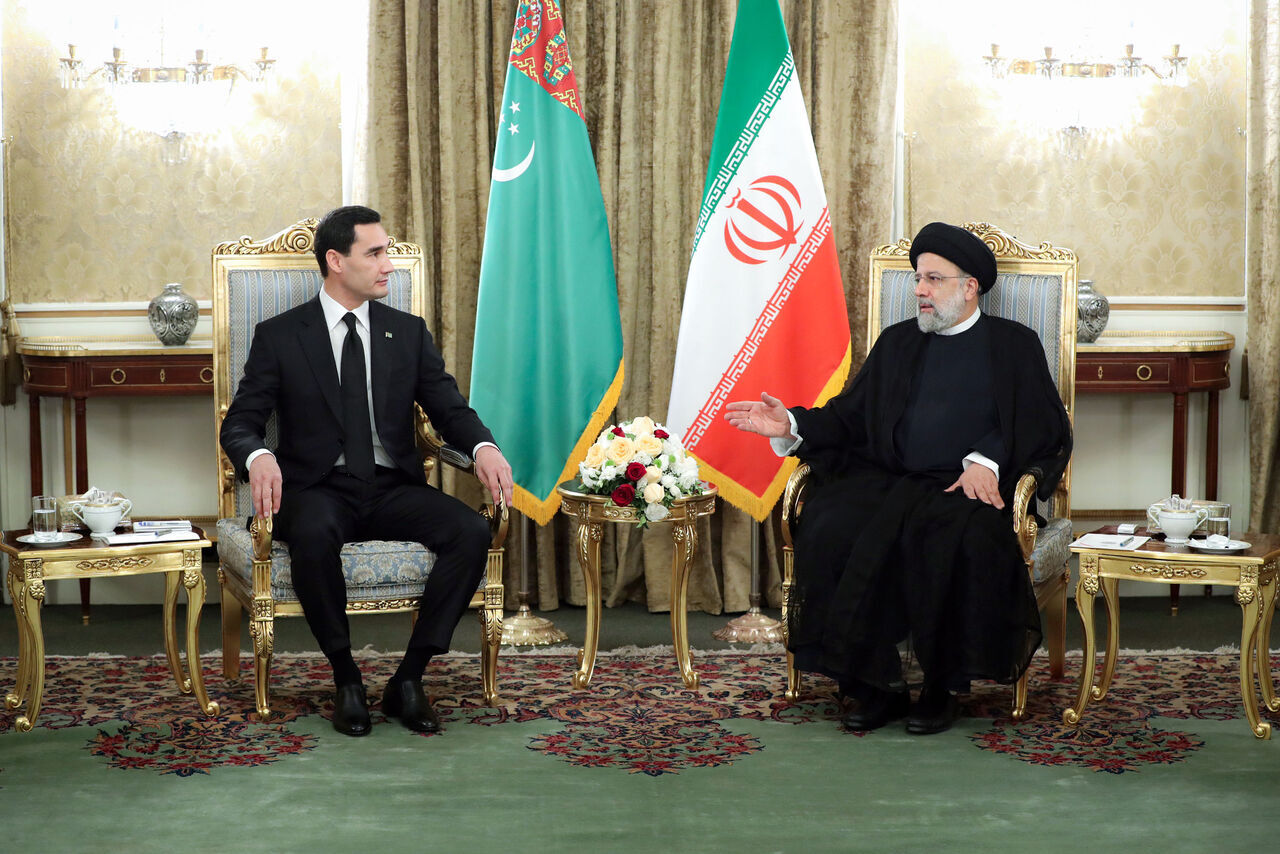 The president made the remarks during a meeting in Tehran with his Turkmen counterpart Serdar Berdimuhamedow.

President Raisi wished success for President Burdimuhamedow in implementing Turkmenistan’s 30-year development plan, and said that tens of documents have been signed between Tehran and Ashgabat which will benefit both nations.

He said that a committee, co-chaired by the heads of the joint commission of the two countries, is due to be formed to pursue the implementation of the decisions made during this visit.

Iran is resolved to further implement all-out relations with Turkmenistan, the President said.

Noting that regional problems have to be solved inside the region, he said that the presence of alien countries in the region is not peace making.

The Turkmen president, said for his part that energy and cooperation are among main fields of mutual cooperation between the two countries which have to be paid due attention.

He also referred to cultural relations as a base for further enhancement of bonds between the two countries.

Berdimuhamedow said that the documents signed today between the two delegations will definitely help the promotion of bilateral relations.