Tehran, Karafarinane Eghtesad – Head of Islamic Republic of Iran Broadcasting (IRIB) Payman Jebelli in a meeting with his Turkmen counterpart Arslan Ashirov on Thursday called for broadening of cooperation between the two sides in producing joint programs, films and series. 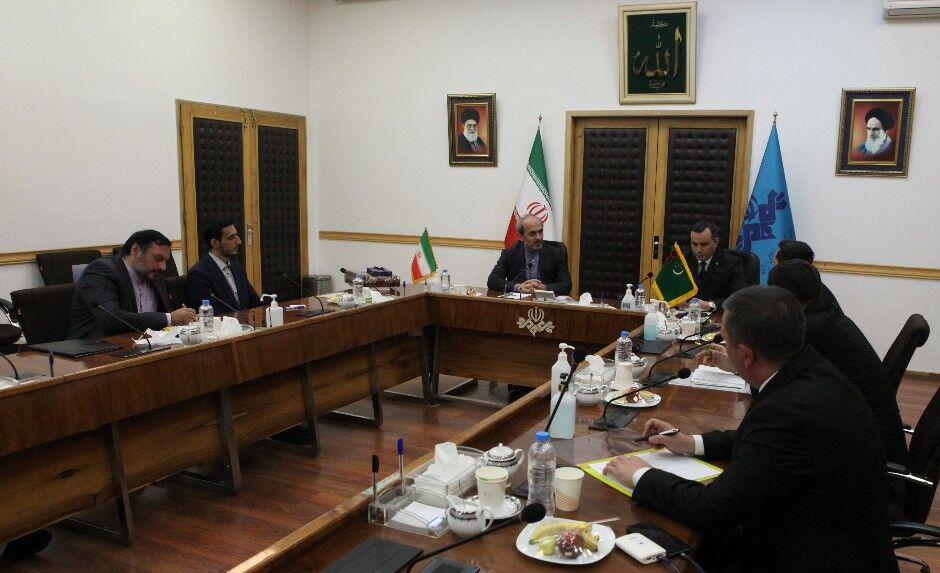 Jebelli met and held talks with Ashirov here on Thursday.

Calling Turkmenistan one of the closest neighboring states to Iran in the field of cultural, historical commonalities, customs, and family relationships, Jebelli said that not only Iran-Turkmenistan media cooperation based on bilateral frameworks should be further expanded, but also they should cooperate with each other in the Asian Broadcasting Union Organization.

Ashirov, for his part, expressed his satisfaction to begin a new phase of media relations between the two countries by signing a new media memorandum with IRIB.

He added that the recent visit of the newly appointed President of Turkmenistan Serdar Berdimuhamedow to Iran, which is his first official foreign trip, shows Iran’s importance in Turkmenistan’s foreign and international policies.