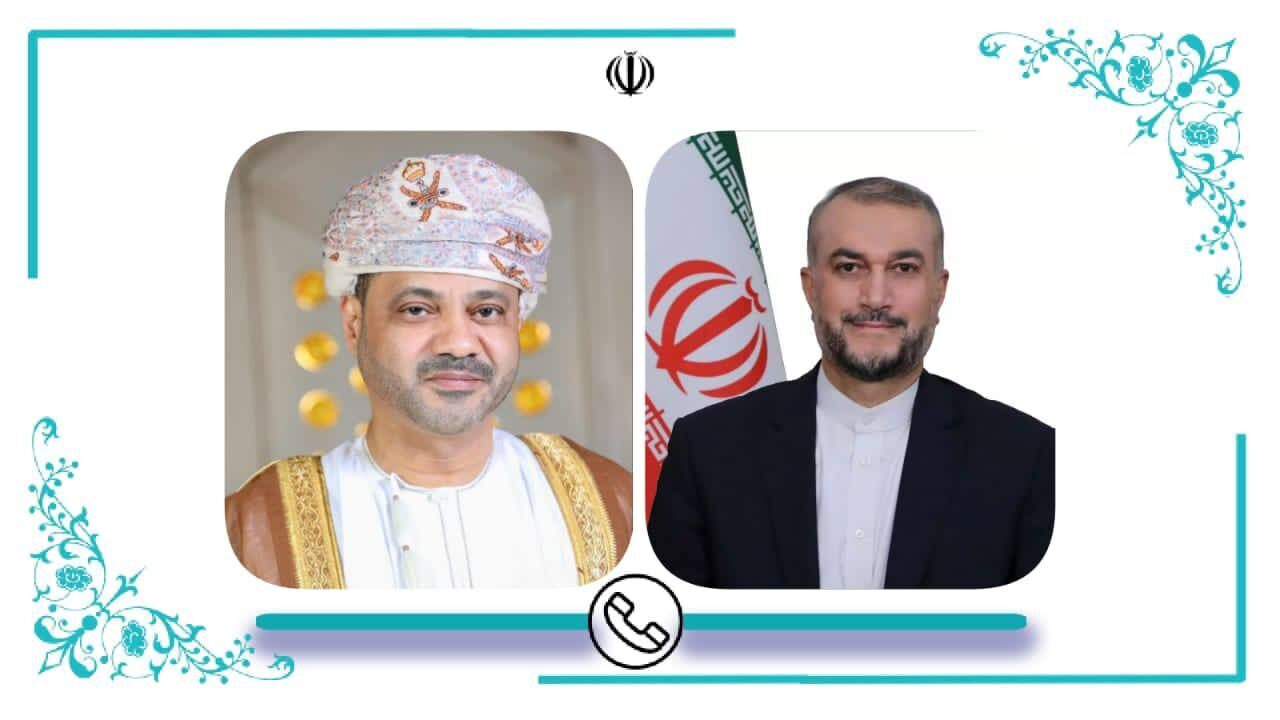 The Iranian foreign minister highlighted the necessity of implementation of agreements between Iran and Oman and welcomed the travelling of an Omani delegation to Tehran to pursue the case.

He also made an important assessment of Oman’s role in regional developments and praised Muscat’s efforts in establishing peace, stability and cooperation in the region.

Amirabdollahian said that the officials of regional governments shouldn’t let foreigners affect the cooperation and stability in the region, referring to the upcoming regional tour by the US President Joe Biden.

"We believe that the people of this region should decide its fate," he emphasized.

Foreign minister Albusaidi, for his part, emphasized the implementation of the agreements signed between Tehran and Muscat during President Raisi's visit to Oman, and said that Oman was ensured about his administration’s new approach to expansion of ties with regional states.

Hi said that Oman’s government has formed a working group to follow up those agreements.

Both officials welcomed continuation of the ceasefire in Yemen and Amirabdollahian emphasized the necessity of full removal of blockade against the country. He also briefed his Omani counterpart on the latest developments regarding the talks to remove sanctions against Iran.