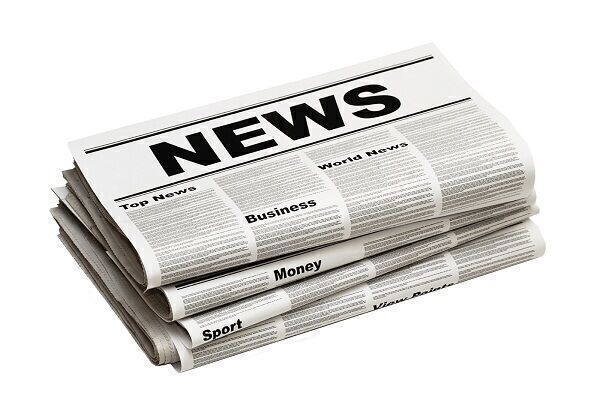 Figures by the Statistical Center of Iran (SCI) show the country’s economy grew by 4.3% in the year to late March. SCI figures showed that Iran’s gross domestic product (GDP) has increased to 7,569 trillion rials ($199.18 billion) at the end of the past calendar year, up from 7,254 trillion rials reported in late March 2021, Press TV reported.

The Statistical Center of Iran considers 2011, when one US dollar was equal to 38,000 Iranian rials, as the baseline year for calculation of economic growth rate in Iran.

-- Iraq debt payment a ray of hope for Iran’s economy

Iran’s Oil Minister Javad Owji has announced that Iran has received from Iraq a sum of $1.6 billion in arrears the Arab country owed for imports of natural gas.

In the current situation, it is indeed a success to have this debt settled and, subsequently, redirected toward Iran’s economy, and it seems to be achieved through active diplomacy in the fields of energy and politics. Iran is owed large sums of money by other countries but has encountered various obstacles in collecting the debts due to foreign pressures and sanctions imposed by the US.

The historical Bazaar of Kashan, a city in the central province of Isfahan, would be renovated to prepare the conditions for its registration on UNESCO’s World Heritage List, said the head of the city’s Cultural Heritage, Tourism and Handicrafts Department.

Speaking in an exclusive interview with Iran Daily, Ahmad Danaeinia added that some sections of the ancient bazaar were destroyed and remained abandoned for a long period of time, noting that the implementation of the restoration project would require a lot of money and time.

“Efforts are underway to involve the private sector in the project. The move is expected to help achieve the desired goals in the shortest period of time,” he noted.

Iranian Petroleum Minister Javad Owji has said that the country has received from Iraq a sum of $1.6 billion the Arab country owed to Iran for imports of natural gas in the past years.
Owji said on Thursday that the new payment by Iraq is related to an outstanding debt for natural gas imports that had taken place before the current Iranian administration came to office in August.
He said that Iraq has settled all payments related to supplies it has received from the National Iranian Gas Company (NIGC) since the summer of last year.

Iranian Deputy Foreign Minister for Economic Diplomacy Affairs Mehdi Safari has held numerous meetings with high-ranking Indian economic officials to bolster trade and economic relations.
Safari discussed some obstacles and challenges faced by the two sides in their economic cooperation and explored ways of expanding ties and areas of cooperation between Tehran and New Delhi and their private companies.
During the two-day visit, he held negotiations with some ministers, deputy ministers and heads of key economic institutions of India as well as companies active in trade, economic, technological, transportation, industrial and energy fields.

Iran lost to New Zealand 72-66 on Friday and failed to book a place in the 2022 FIBA U16 Asian Championship semifinals. Mohammadamin Khosravi scored 26 points for Iran, while Nic Book and Dante Matakatea scored 17 points for New Zealand each.

Iran will play India on Saturday for the 5–8th place.

A documentary on the Asiatic cheetah by Saeed Aghaei is to be screened at the International Festival of the Asia-Pacific Broadcasting Union (ABU). Titled “Kushki, an Asian cheetah”, the documentary tries to picture the life history of cheetahs, the environmental problems of these valuable species, as well as the plans taken to preserve the cheetahs and their reproduction.

Established in 1964, ABU is the biggest broadcasting union in the world. ABU Prizes promote excellence in content production to raise educational and cultural standards.

Iranian tourism minister has said Isfahan Healthcare City is a good model for the development of medical tourism in other Iranian cities.

Cultural Heritage, Tourism and Handicrafts Minister Ezzatollah Zarghami on Thursday said “Due to the use of the latest medical equipment and facilities, providing services to patients of all ages, from children to the elderly, Isfahan Healthcare City can be an appropriate model for medical tourism in other Iranian regions.”