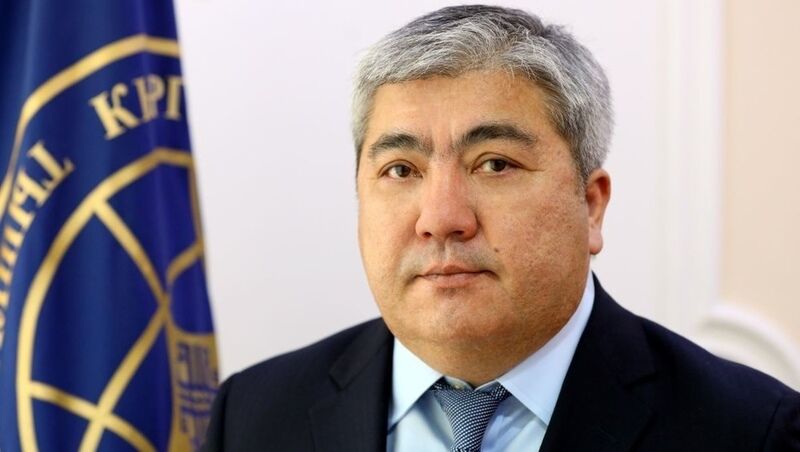 Turdakun Sydy Kyrgyz ambassador to Iran in IRAN DAILY commemorated the 30th anniversary of the establishment of diplomatic relations between the Kyrgyz Republic and the Islamic Republic of Iran (May 10, 1992).

The following is his opinion on Bishkek-Tehran ties;

In this context, I would like to note that relations between Kyrgyzstan and Iran are a worthy example of successful interaction and cooperation between the two friendly countries and peoples. They are cemented by a high level of trust in each other, the coincidence of approaches to a wide range of international problems and the desire for joint development.
The congratulatory message of President of the Kyrgyz Republic S.N. Zharapov, sent on May 10, 2022 to the President of the Islamic Republic of Iran Ebrahim Raeisi states that over the past thirty years, “through the joint efforts of the two countries, it was possible to establish effective mechanisms for interaction in the political, trade, economic and cultural-humanitarian areas, the Kyrgyz Republic and the Islamic Republic of Iran are actively cooperating within the framework of the UN, OIC, ECO, SCO and other international and regional organizations”.
As President of the Islamic Republic of Iran Seyyed Ebrahim Raeisi noted in his congratulatory telegram, “Over the past thirty years, two friendly and fraternal countries, the Islamic Republic of Iran and the Kyrgyz Republic, guided by mutual respect and common interests, have taken great steps to develop bilateral relations,” expressing conviction that this “course will continue to receive its consistent continuation, for the benefit of the prosperity of the peoples of the two countries, in order to ensure and strengthen peace and stability in the region and in the international arena”.
Particularly noteworthy is the idea expressed in the message of President of Iran Ebrahim Raeisi that “successful overcoming of challenges and threats to the region most closely depends on the constructive interaction, cooperation and complementarity of all the states of Central Asia, and joint consultations can lead to the creation of a lasting peace and further deepening friendly relations”.
The state leadership of the Kyrgyz Republic and the state leadership of the Islamic Republic of Iran stand for a regional approach to resolving conflicts in the region by political means, as well as for a joint, regional approach to solving the socio-economic, environmental, political problems of the region, for strengthening dialogue and mutual understanding between representatives of various confessional and religious groups in the countries of the region.

Also, the leadership of both countries believe that the construction of new transport, road and rail corridors, the development of water and energy infrastructure in the region, the development of trade and economic exchange are in the interests of all countries in the region and the future socio-economic development and prosperity of the region, which is a common home for all the peoples who inhabit it.
The economic and agricultural sectors of the two countries are complementary. In particular, Iran produces a lot of industrial, petrochemical and agricultural products needed by Kyrgyzstan. Kyrgyzstan, in turn, is able to supply Iran with the necessary livestock products, beans, peas and other products.
The Kyrgyz-Iranian cooperation in the cultural and humanitarian fields is growing. In the field of culture and education, stable relations have already been established between scientists and cultural figures of the two countries, there is an exchange of delegations of cultural, scientific, educational, media workers participating in various festivals, international and regional conferences. Kyrgyz and Iranian athletes, wrestlers, climbers, football players, chess players, hockey players regularly visit each other to participate in international competitions. The Iranian traditional sports team has successfully competed in all three World Nomad Games on Lake Issyk-Kul. Along with this, tourism ties between the two countries are developing. The establishment of a direct flight between Bishkek and Tehran to boost tourism exchange is under consideration.

Both the Kyrgyz and the Iranians have a figurative expression – “Those who leave halfway in the middle of trouble are not a friend”, or “doost-e nim-e rah doost nist.”
Thus, as the ambassador of the Kyrgyz Republic in this friendly country, I can firmly assure dear readers that the peoples of the two fraternal and friendly countries have never been, and will never be “fellow travelers only until the middle of the way”, and will always make joint efforts to further develop friendly relations and cooperation in all areas of mutually beneficial
interest.